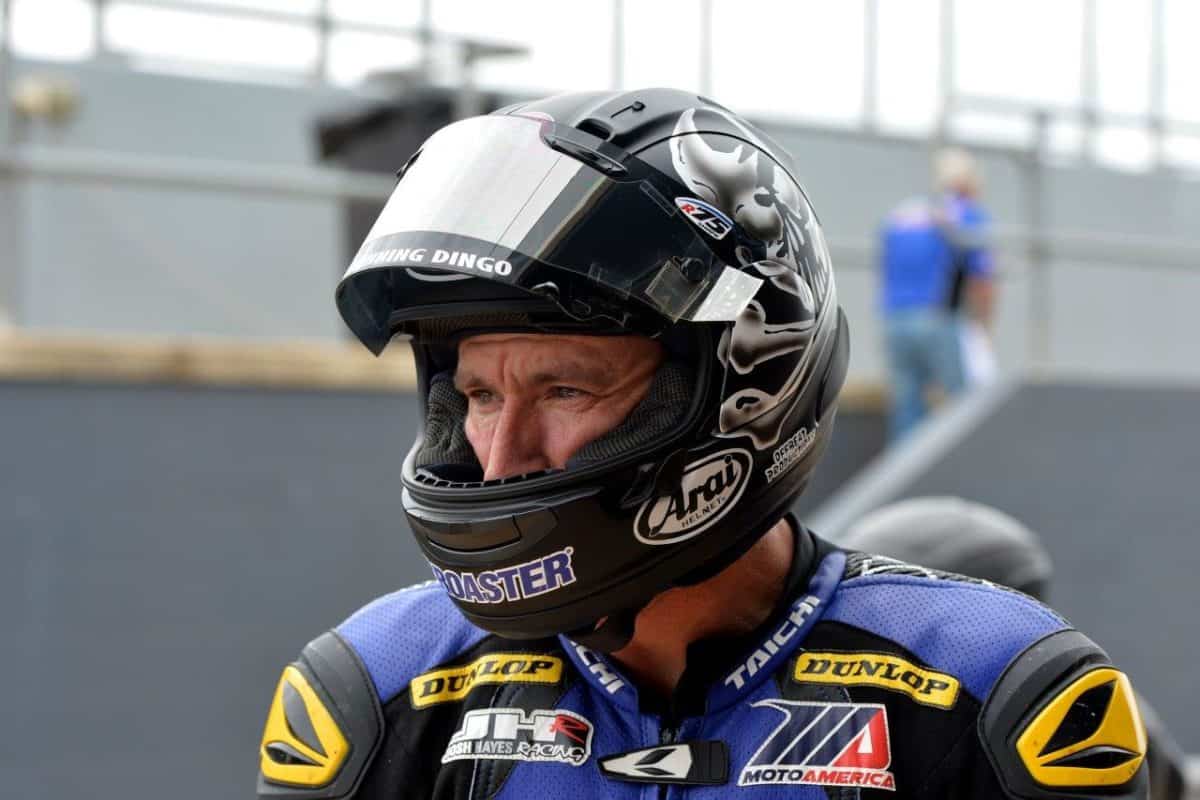 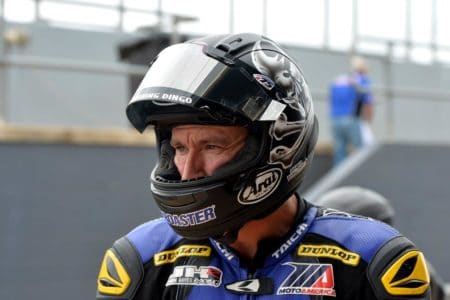 Aboard his 1980 Suzuki 1260, 26-year-old Phillis was the player of the day, taking second in race one and winning race two to lead the Ken Wootton Memorial Trophy battle on 79 points; with Melbourne’s Jed Metcher (Yamaha) clocking 3-2 finishes to finish second overall on 77 points; with American gun Hayes just a point behind (76) with his race one victory and a fifth place in race two aboard the Mojo Yamaha.

Other solid performances came from America’s Larry Pegram (4-3), Michael Gilbert(7-6), Taylor Knapp (8-9) and Jordan Szoke (11-8) to bolster the US tally; while Australia also saw good point hauls for 2019 winner, Steve Martin (5-4) and Beau Beaton(9-11). 2018 winner and Australian hope, Adelaide’s David Johnson, struggled with brake problems to return a sixth in race one but retired to the pits in race two.

International Challenge action did not start so well when a lap one crash at Southern Loop saw UK riders Michael Neeves and Brendan Wilson and Australia’s Scott Webster, John Allen and Craig Ditchburn go down, with Ditchburn’s 1978 Yamaha on fire.

The race was red-flagged, and only Wilson managed to make the restart while the others retreated to the pits for hasty repairs to machinery in an effort to make race two.

At the restart it was Phillis who led the field with locals Metcher and Martin, but Hayes showed his class from the word go. Despite starting from position seven after engine issues in qualifying, he was sitting fifth by the end of lap one and bearing down on the front-runners.

By lap two he was in second and then it became a battle between the young Phillis and the experienced Hayes, with the Californian taking the lead on lap four to the flag to pip the Aussie at the post.

Behind was Metcher in third, Pegram in fourth, Martin in fifth and Johnson in sixth.

“I’m actually kinda surprised,” said Hayes after his race one victory. “We’ve had a few troubles and setbacks here and on that first start I was back a little further than the start. So when we did the re-start, I just got a clean one, and just kinda bided my time and tried.

“Six laps isn’t a lot of time but I was just trying to see where I had the opportunity and I got a big draught and I got two of them of the front straight.”

In race two, Phillis took charge at the start, but the battle intensified mid-race with Metcher and Hayes both taking the lead before the American pulled a false neutral going into turn four and then ran off the track. Phillis took the race two flag in front of Metcher, with Martin third, Pegram fourth and Hayes fifth.

“It’s good to get it (a win) this early in the weekend,” said Phillis who also won an International Challenge race in 2017.   “Obviously it gives us a huge up in the scheme of the points, so it gives us breathing room to the next races.

“It’s still tough out there, it’s hard to carry the lead pace, but really easy to follow I find. So I sort of sat behind Jed (Metcher) for a while and I’ve got the horsepower to pass, so I knew without mucking around too much, I’m better to sit behind for a lap then attack (Josh) Hayes, but then fortunately (Josh) Hayes ran off and made it pretty easy for us.”

Hayes was also happy with his fifth. “Man, that was probably race I was most proud of,” he said post race-two. “To have that little gap that I had to close and Jed and Alex were riding so good and I was watching them battling, and I didn’t really know where I was making time, other than they were battling each other up a little bit.

“Salvaging fifth out of that race isn’t too bad. I just hate it for my team mates because I rode a good race and I was so pumped about being able to get to the front, but it’s how the ball bounces.”

The International Challenge continues tomorrow with two six-lap races to determine the crown for best nation and individual competitors. Now in its 16th year, Australia has won the Challenge on 12 occasions and is the defending champion.

The new-look UK team is finding their feet, but was given a blow today when Neeves, on his Carl Cox-prepared Suzuki Harris, crashed early and missed race one. He managed a 15th in race two.

Over 20 races were held today at the Island Classic, one of the world’s leading historic bike meets, with racing from nearly 400 bikes from the Veteran class of the early 1900s through to Forgotten Era and New Era machines.

Gates open at 8:00am Sunday for Island Classic historic racing at Phillip Island, with tickets available at the gate. Children 15 and under are free, if accompanied by a full-paying adults.