About The Mojo Yamaha Riders

Mojo Yamaha is a motorcycle racing team focused on classic Yamaha’s.  We are fielding seven riders for the 2020 International Challenge event at Phillip Island Classic in Australia in January 2020. This event pits a US team of top riders against teams from Australia and ROW (Rest of the World). Amongst others, the US team will include Josh Hayes, Larry Pegram, Jordan Szoke, Michael Gilbert, Taylor Knapp, Melissa Paris and Dave Crussell.

The Mojo Yamaha riders run monster Formula One racers based on the Yamaha FJ1100 engine pushed out to nearly 1300cc and the legendary 2-stroke, the Yamaha TZ750. All bikes are housed in frames produced by the renown builder Denis Curtis at CMR Racing.

The build and testing of the bikes is in progress, see more on the Build/Prep page. 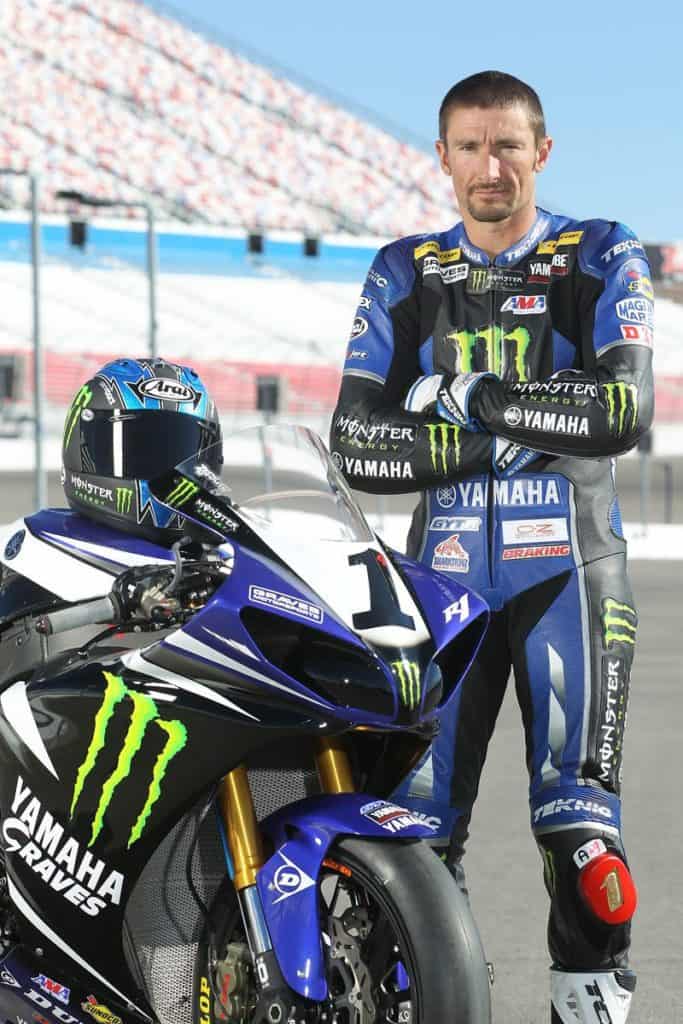 Josh Hayes, native of Gulfport Mississippi, born in 1974, was somewhat of a late bloomer, with his love of motorcycle racing not starting until he was in his teens. Most of the newer generation of riders start when they are young/children, Hayes was much older when he learned to love the sport.

His road racing career began in earnest at age 19, when he won his first three WERA titles in 1994 aboard a self-tuned Honda CBR600F2. He turned pro in 1996 when he won the WERA National Endurance Series Heavyweight Superstock Championship with Airport Racing. Hayes won the 1999 750 SuperSport race at Daytona and finished third for the season in the Formula Extreme class, all on Suzuki GSX-R motorcycles.

In 2006, following Hurricane Katrina, Josh met his wife, Melissa Paris, when they were both involved in a special event for Hurricane Katrina in California. Melissa also happens to be a motorcycle racer who currently competes in MotoAmerica with the MP13 Racing team, in the Stock 1000 class.

Hayes went on to earn four AMA Superbike Championships (2010, 2011, 2012, 2014) and he scored his 61-career Superbike wins, ranking him second on the all-time wins list. He was also a fan favorite and a guy who goes above and beyond to do everything he could to promote road racing in America.

In 2017, Yamaha named Josh Hayes to be the Yamaha Racing Ambassador and Coach starting in 2018. “This is not a retirement announcement,” said Hayes in a Yamaha release. “I feel like ‘retirement’ is a choice you make. I never intended to stop racing, but with Yamaha’s vision and goals, it became time to move in a new direction with the young talent that’s been dominating the MotoAmerica Supersport class. I’m thankful to Yamaha, Keith (McCarty the team manager), and the team for giving me the opportunity to accomplish what I was able to in Superbike, and I’m proud that they want me to continue with them, beyond just racing their motorcycles. I’m looking forward to sharing my knowledge and experience with the younger riders moving up.” 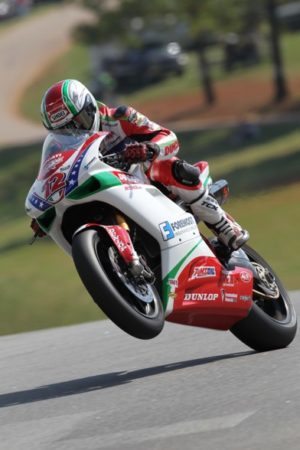 Larry Pegram was born in Ohio and started his professional racing career in 1989 when he was 16. Larry grew up racing on the dirt tracks of the USA before entering motorcycle roadracing. He is one of five riders alive to have won both in AMA Superbike highest level and AMA Flat Track highest level.

Over his long career he has posted an impressive series of successes:

Larry, who by his own admission is strikingly handsome, is married with two daughters. Larry is joining the Mojo Yamaha team for the Phillip Island Classic on a CMR FJ1250. “Phillip Island is one of my favorite tracks and I am excited to be part of the US Team with Mojo Yamaha”

Throughout his evolution Jordan Szoke has won over 23 National Championships within his 24 year career. He has been smashing the Canadian Record books by being the winningest Superbike Racer in Canadian History with over 70 victories in the Superbike class alone. He holds the record for the most Superbike Championships in Canadian History with 13 in total. He earned three of these titles with an Perfect Season. Szoke also claimed the 2016 BMW Motorrad Race Trophy comprising of 20 championships with in 24 countries on six continents.

Szoke’s first venture at operating his own team in 2010 was also tremendously successful as he earned the acclaimed “Team of the Year” award. Following it up with yet another 4 more team titles, it is apparent Szoke and his team are the ones to beat.

At home and abroad Jordan’s triumphs has lead to working and racing with such prestigious factory racing teams such as Kawasaki, Suzuki, Honda, Harley Davidson and Ducati.

Because of all of his mighty successes, In 2016 Szoke was entered into the Canadian Motorsports Hall of Fame. Jordan was recognized by our Member of Parliament for his outstanding professional achievements. He has been extended an invitation to meet our own Canadian Prime Minister. Jordan has been inducted into the Brantford Hall of Fame, recognized by City Hall and earned Athlete of the Year.

Very honoured to race at such a prestigious racetrack.  Pumped to be on the American Team with all the athletes I grew up racing with down in the US when my career was based south of the border.  Thanks so much for having me.

Michael Gilbert is one part motojournalist and the rest full-time racer. The Californian has competed in the MotoAmerica Superstock 600 and Supersport Championships over the last four year, racking up several victories and pole positions.

When he’s not gridding up, he spends his time as the Road Test Editor of Cycle World magazine, stealing the keys to anything with two wheels.

The 2019 Island Classic? It’s his first attempt, but he’s ready as ever. Gilbert spun laps at Phillip Island two years ago, and afterwards going as far as calling it his favorite track to date. What’s really drawing the American to the Classic is the uniqueness of the event. World-class riders on iconic machinery sits at the top of the list. There’s nothing else like it.

A second-generation racer, Knapp started racing at age 5 - racing in flat track and motocross events. He took his skills to the pavement at the age of 13 and turned pro at age 16. Knapp rode for multiple top teams over the years such as Latus Motors, Vesrah Suzuki, Ridersdiscount.com, TOBC Racing, CN Racing, Yamalube Westby Racing and has been a factory Superbike rider with KTM and Buell, Knapp has international experience in the British Superbike series as well.

Knapp has had multiple top 5's and podium finishes over the years with his best season to date in 2015, scoring 13 podium finishes in MotoAmerica's Superstock 1000 class, including a victory at VIR and finishing runner-up in the series standings. other accomplishments include 2 overall track records at Nelson Ledges and Grattan Raceway.

In 2017 Knapp was hired full time by Dunlop motorcycle tires as Motorcycle Test Rider to take on all testing duties for new Dunlop street products. Riding and testing weekly on all sorts of different motorcycles at the Dunlop Huntsville Proving Grounds and racing on the weekends.

"I'm really looking forward to learning one of the most iconic tracks in the world and I'm super excited to help carry the flag for team America as part of Mojo Yamaha at this years Island classic." 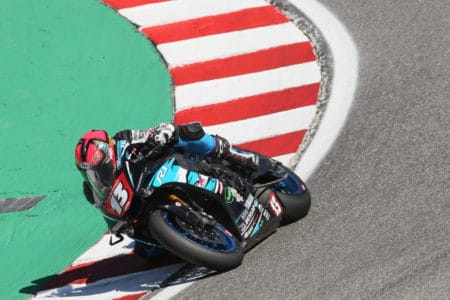 Melissa came into Roadracing much later than most. She learned to ride at age 20 and a year or so later she began gridding up for local club races. After a few years club racing primarily on 125 and 250cc machinery she made her professional debut in 2009 Daytona aboard a Yamaha R6. That same year she became the first woman to qualify for a World Supersport event.

Since then she’s had the opportunity to race in MotoAmerica, in the Spanish CEV championship, and most recently several 24 World Endurance events.

After turning a few laps on the Mojo Yamaha TZ750 in April at Willow Springs, Melissa is looking forward to gridding up with the American team in Australia.

How it all began 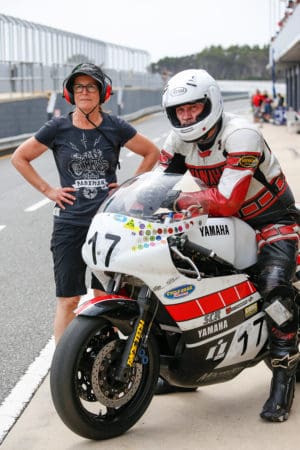 Dave has nearly 20 years of motorcycle racing. He initially started racing in his 30s to reduce his speeding tickets on public roads, Dave likes speed.

With a long history with Kawasaki 2 strokes, Dave began racing 500 and 750cc triples, the infamous H1 and H2 Widow Makers. He began racing with AFM and AHRMA and then quickly became enthralled with other events outside of the USA.  These events take place in Australia/Phillip Island and Canada/Mosport.

Over his career in AFM and AHRMA racing Dave has won more than 25 National Championships.  These included Formula 250, Formula 500, Formula Vintage, Superbike Heavyweight and Open GP. In one year he took all 5 of these champions at the same time. He is currently the lap record holder in two classes at Mosport, P2-Heavyweight on his H2R and P2-Lightweight on his Kawasaki Bighorn powered roadracer.

Crussell at the Isle of Man

In 2012 Dave raced the Isle of Man and which has been a regular event for him running the Formula 1 class of the Classic TT. After a long period of focus on Kawasakis Dave discovered the Yamaha TZ750 which birthed Mojo Yamaha. The Isle of Man on a TZ750 is his perfect combination, and if you doubt that just check out his onboard video below!

Dave has raced at the Phillip Island Classic starting in 2001 and was instrumental in forming the US team. He has recruited many riders over the last 5 years for the International Challenge team. He has also provided the foundation for many other riders to ship their bikes to Australia and enjoy this fantastic event.

Crussell started preparing motorcycles for other riders, first just riding spare bikes and is now pleased to bring six riders to the event, including himself in 2019.

“Island Classic here we come, the UK and Australian teams knew we were on the map in 2018, now they will see what we can really do in 2019!”