2020 UK team captain, Tony Hart, has confirmed his squad for this January’s International Challenge at Phillip Island’s Island Classic historic bike meet, pulling together a squad of established classic racers to take on the might of the Australians and the Americans in the January 24-26 contest at the island circuit.

The line-up boasts vast experience in classic and post-classic racing, engineering brains and competitors who have spent more than a decade racing the Island Classic and know the intricacies of the island circuit. Coming from far and wide to race under the UK banner, there’s a host of British riders, a couple or Swedes and some local British expats who have set up home down under.

“Team UK is coming to race the might of the Aussies and the Yanks, and we are well aware that we are up against it,” says team captain Tony Hart of his rivals who include Josh Hayes, Jordan Szoke and Melissa Paris for the Americans and Steve Martin, David Johnson and Cam Donald for the Australians.

“I know our bikes are seriously underpowered against the big 16-valve motors the others will be running but that can’t be helped, until we get our new 2020 UK regulations for the class.

“Our riders and their machines know the Challenge they face in the race and if the outcome is simply we did our best with honest period bikes then we shall be humble and leave with pride in the knowing we did our best, we can’t let the others have all the fun!.
“We love the camaraderie of the motorcycling community, we’ve got some beautiful bikes to share with the fans, and a lot of British good humour to bring to the party. Australia has been through a lot these past weeks, and we’re keen to come and share our love of motorcycles with everyone,” said Hart who will campaign a Harris Suzuki previously ridden at the Challenge by UK champ, Jeremy McWilliams and prepared by Team Winfield.

The UK start list includes 30-year-old Alex Sinclair who claims several Classic TT and Manx titles to his name.   Racing classic and post classic bikes since he was 16, Alex has been part of previous UK teams for the International Challenge, and in 2020 will race a Suzuki XR69 with his aim to be the top point scorer for the UK.

Also on the grid will be regular Team UK competitor and chief tester for British motorcycle weekly MCN, Michael Neeves, who will race a Carl Cox-prepared CCMS Harris Suzuki.

“Phillip Island has become the highlight of my year – racing at one of the world’s finest circuits in the Australian summer,” says Neeves on the Challenge.

“What’s not to like? It’s great to be part of the Carl Cox Motorsport Team, too. I’m partial to a bit of dance music and with my boss being the Rossi of the techno world, it’s a marriage made in heaven.

“Our team has a lot of solid classic competitors. But the Island Classic is much a race of attrition as outright speed, so it’ll be a case of looking after the bike, staying out of trouble and riding a fast as possible.”

Rich Llewellin also returns but this time he’ll ride, rather than directing action from the pits. A Ducati aficionado and engine builder who owns the Ducati tuning shop, Louigi Moto, he’ll be aboard a Ducati TTF8 750 in what will be the bike’s third appearance at the Classic.

Richard Peers-Jones is back for his eighth Island Classic. A regular racer at classic bike meets across Europe and England, Richard regularly tops the podium. With a long list of accomplishments, he raced for Team UK from 2011-2015 and followed for several years racing in the P5 Forgotten Era category, taking the outright win at the Island Classic in 2013.   In his first trip to Australia, Paul Gaskin arrives with 28 years of classic racing under his belt and podiums from Daytona, Chimay in Belgium, the IoM Southern 100 and a memorable win at the Post TT in Mallory Park.

And then there’s the two Swedish slayers. There’s Classic 750 Nordic Champion from 1998-2000 and Daytona winner and placegetter, Hasse Gustafson, racing his “Blue Lunatic” bike – a Ducati Veetwo. The bloke’s a character and will keep us all entertained …"Won many competitions, but bad luck was not involved," he quips. "Lost even more!"

Johnny Nordberg is Hart’s second Swedish weapon. It’s his first time to Australia and Phillip Island, but he’s been racing for 34 years in Scandinavia and across Europe and since 1994 has raced in the Nordic Classic Championship in various classes plus the Supermono class. Nordberg will race a Ducati Vee Two Imola at the island.

The UK also has a wealth of experience in their line-up, with former team captains Roger Gunn and Damien Kavney joining the troop, as well as Jim Agombar, Clive Warner and Brendan Wilson. Gunn is a journeyman, he’s ridden previously for Australia, NZ, the rest of the World and now Team UK and in 2018 was the top point-scorer for the Kiwis.

“I return every year to the Island Classic and I love it,” said Gunn. “Back in 2012 I offered bikes to two Americans, and that was the genesis of the American team. Now they are my competition!”

Kavney also comes with years of experience captaining Team NZ – so Hart certainly has assistance from experienced operators. Also on the UK team is Jim Agombar, a familiar name to Island Classic fans.

He’s raced every year at the Classic since 2010, was the British endurance champion in 2007 and the 250cc Production champion in the early days of his career plus has raced extensively at Le Mans, Spa 24 hours, across Europe and of course at the island.

In total, 400 solo bikes will take to the 4.445km Phillip Island circuit over the three days, where each class will be decided after one qualifying session and four races; and the Phil Irving Trophy will be the rider who scores the highest points in non-International Challenge events.   Qualifying begins Friday for all classes, followed by a full program of racing on Saturday and Sunday.

To book tickets and on-circuit camping for the International Island Classic from January 22-24 at Phillip Island go to www.islandclassic.com.au 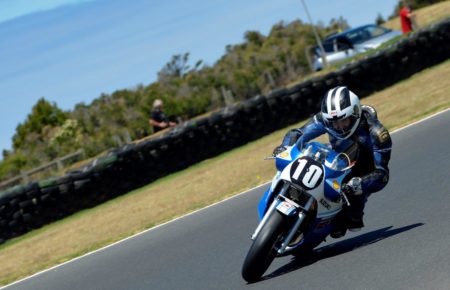 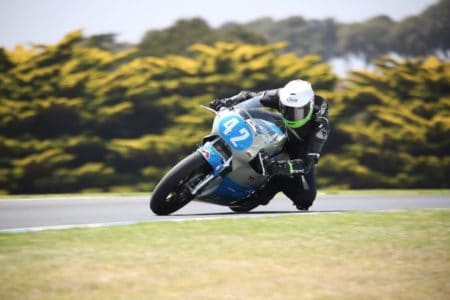 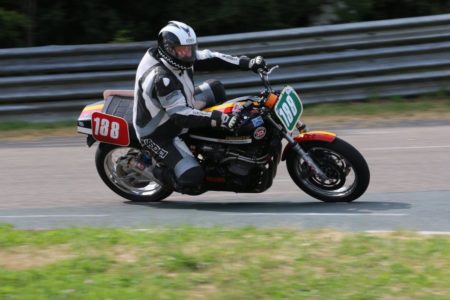 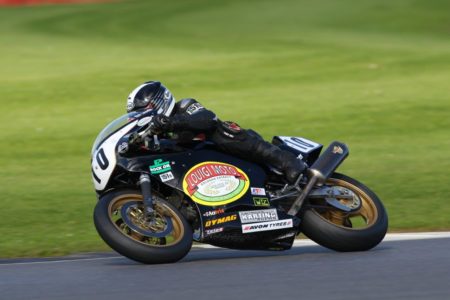 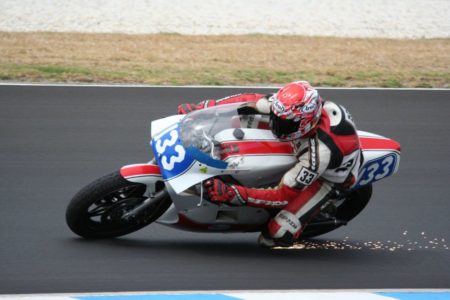 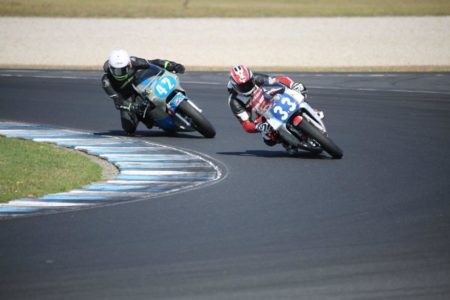 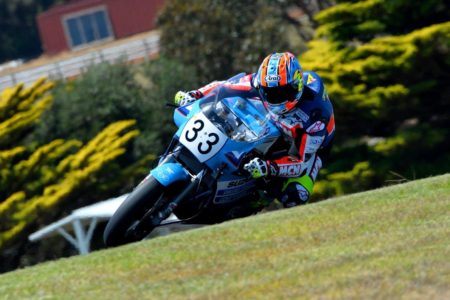 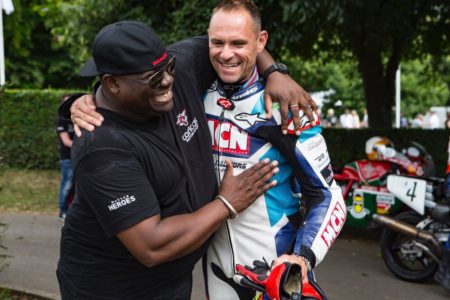 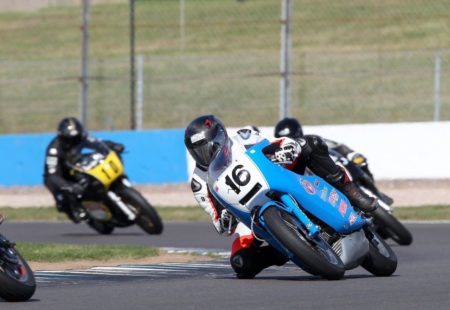 Hasse Gustafson will race The Blue Lunatic at Phillip Island 2020 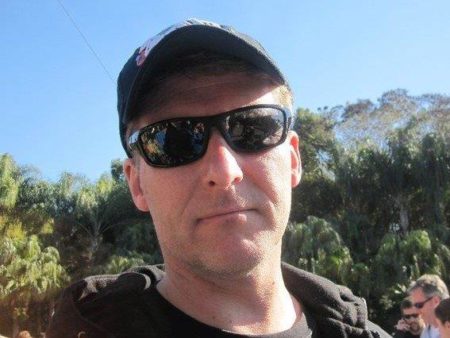 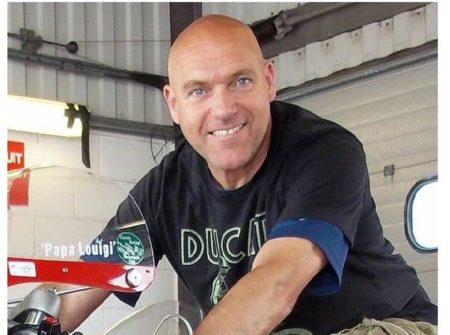 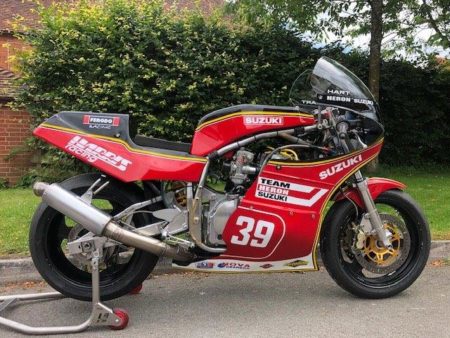 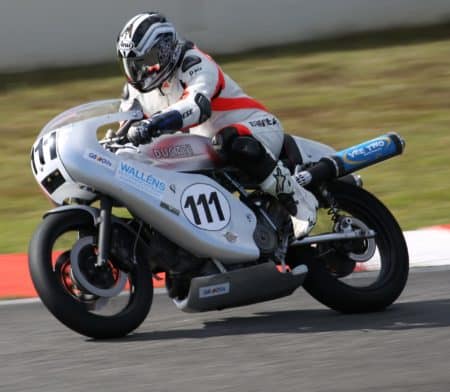 Johnny Nordberg on his Ducati, ridden here by Kent Jornevall in France 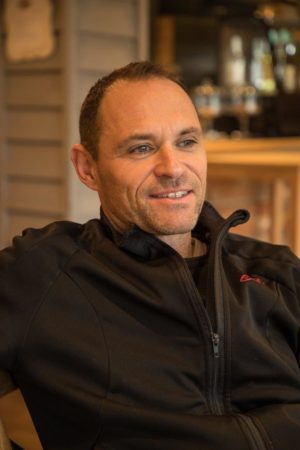 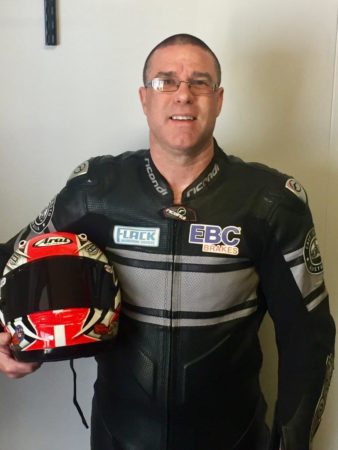 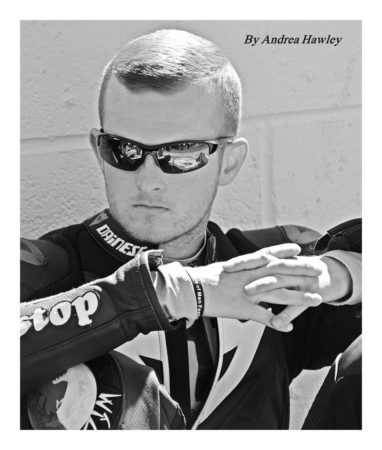