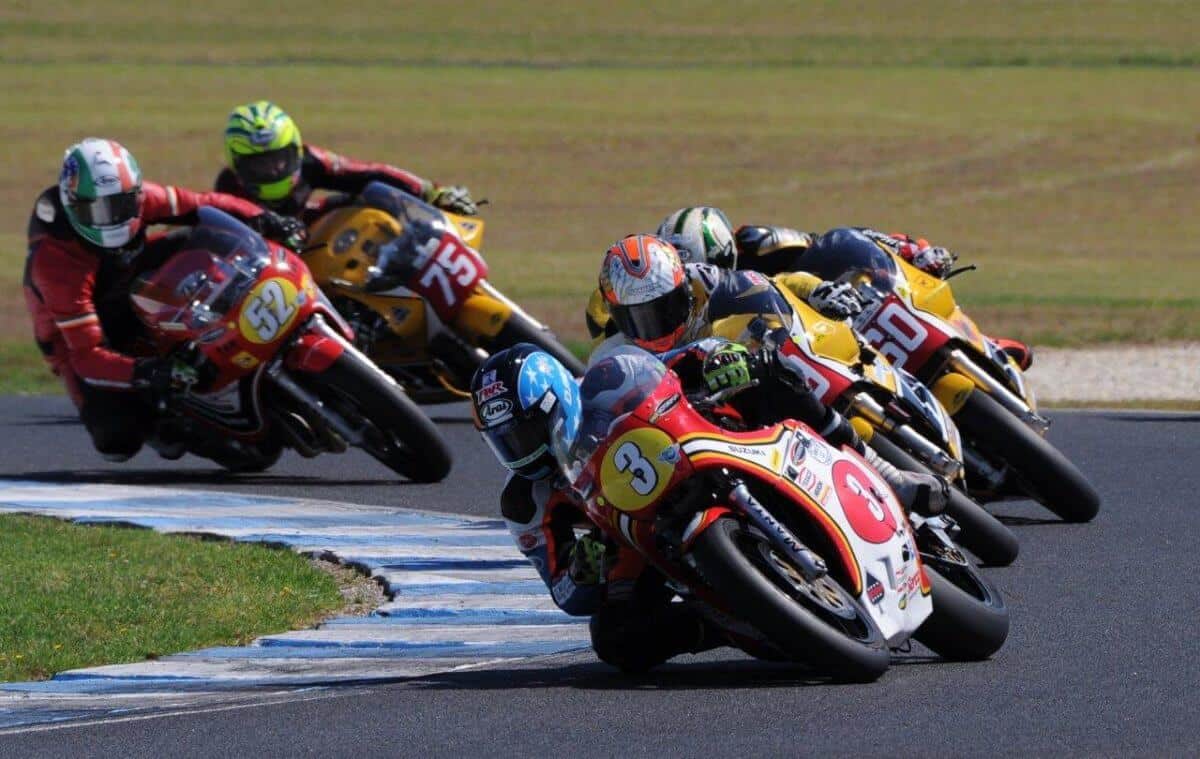 If you love motorcycles, this is the event for you with the southern hemisphere’s largest historic motorcycle meet, the International Island Classic, set to return to Victoria’s Phillip Island Grand Prix Circuit next Australia Day long weekend, January 25-27.

Featuring a century of motorcycles from pre-war machines through to the new era makes, the 26th International Island Classic will see an expected 500 historic bikes and 300 riders compete in 56 races over a massive three days. Tickets will go onsale in October at www.islandclassic.com.au.

The headline event, the International Challenge, returns with teams from Australia, the USA and New Zealand confirmed for battle.

International line-ups are taking shape with the USA promising the return of Jason Pridmore, Jake Zemke and Barrett Long with the squad already immersed in testing. New Zealand has Damien Kavney and Glenn Hindle back on board to head the Kiwi effort.

After campaigning a UK team so successfully over more than a decade – with three title wins from 2015-2017 - Roger Winfield is unable to commit to a 2019 UK squad due to budget restrictions and new Australian legislation banning aviation fuel in motorsport from January 2019. The UK squad has always run aviation fuel at the Classic (the fuel used in UK historic racing), and is unwilling to modify engines for the Australian government mandated, super unleaded fuel.

According to Fergus Cameron, managing director of the Phillip Island Grand Prix circuit, other UK team options are being explored.

“We’ve loved having Roger and his team at the Island Classic for well over ten years but with the ban on aviation gas, we understand their reticence to compete,” said Cameron.

“We have UK riders that want to attend, and we are looking at our bike options so let’s just say the UK team is currently a work in progress.”

“We’re well underway planning another great long-weekend of racing, with plenty of bikes, plenty of bike chatter and plenty of two-wheel heroics to enjoy so it’s time to plan a summer getaway to the island.” 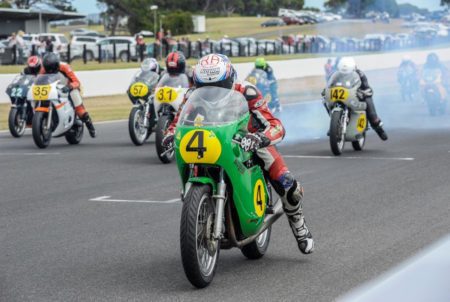 If you love motorcycles, the Island Classic is for you! (credit George Piastra) 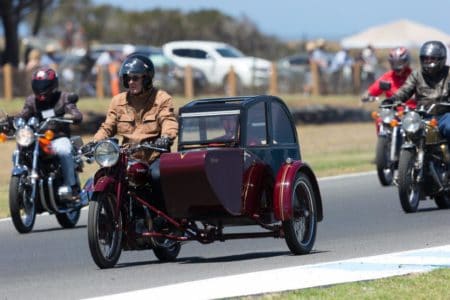 Sidecars... something for everyone at the Island Classic! (credit Andrew Gosling) 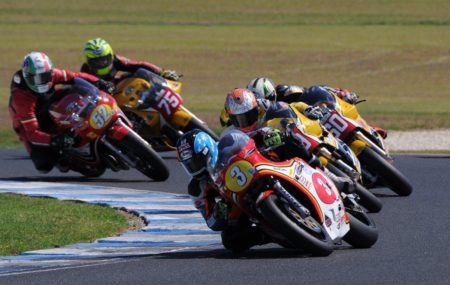